Back to all posts

The future of electric vehicles in the UK

In this article we look at some of the barriers to ownership of electric vehicles in the UK and what can be learned from other nations.

The UK government has committed to net zero carbon emissions by 2050. As part of the strategy, the government has noted the large proportion of emissions that result from the transportation sector and in particular, cars1https://commonslibrary.parliament.uk/research-briefings/cbp-7480/. Electric vehicles (EVs) have long been seen as a core component in the strategy to reduce emissions and tackle climate change.

Despite pledges to encourage the adoption of EVs, the number of people who own an electric vehicle in the UK remains low with ownership concentrated in certain pockets such as London and the South East.

In this article we look at some of the barriers to ownership and what the UK can learn from other nations.

What are the barriers to ownership?

There are many reasons to use an electric vehicle including environmental concerns and the spiralling cost of fuel in the UK. Clearly cars are necessary for mobility, and this is not going to change so it is important to consider what can be done to mitigate their environmental impact. Evidence demonstrates that EVs are better for the environment than vehicles with combustion engines as they do not pollute the atmosphere in the same way. The green credentials of EVs coupled with recent fuel price rises creates a compelling argument for the use of EVs. Despite this, EVs only represent around 15% of the total car market in the UK2https://heycar.co.uk/blog/electric-cars-statistics-and-projections.

The question remains: why are consumers slow to purchase EVs?

Owning an electric vehicle is often associated with owning a Tesla – a car only really attainable to the wealthy. Indeed, despite launching a decade ago, the Nissan Leaf still costs £30,000 to purchase. Most consumers simply find the initial outlay of an EV too expensive, which is supported by the data that shows more than half of owners sit in the top 20% of earners3https://www.cityam.com/turbocharge-our-own-ev-revolution-must-ensure-affordability-for-all/. The UK government did provide a plug-in grant scheme designed to encourage EV uptake but since its introduction in 2011, the value has been gradually reduced from £5,000 to £4,500 in 2015, £3,500 in 2018, £2,500 in 2021, £1,500 in early 2022 and as of June 2022 it has been scrapped completely4https://www.carbuyer.co.uk/tips-and-advice/147937/plug-in-car-grant-a-complete-guide.

Many consumers site ‘range anxiety’ as a concern when considering an EV. This is the worry that the vehicle battery life will not be sufficient to reach the destination. In the early days of EVs this concern was valid, but the range of vehicles has greatly improved with the median average being 195 miles and many vehicles able to go over 300 miles without the need to charge5https://blog.evbox.com/uk-en/eliminate-range-anxiety. Given that the average trip in the UK is around eight miles, range anxiety seems to be more about psychology and concerns around access to charging infrastructure as the vehicle itself 6https://assets.publishing.service.gov.uk/government/uploads/system/uploads/attachment_data/file/906276/national-travel-survey-2019.pdf.

Lack of infrastructure is probably the biggest concern for consumers. There is the possibility that EV costs will reduce over time as battery technology improves, or at the very least, the total cost of ownership of an EV could become lower than a petrol car due to rising fuel costs. However, consumers will not be confident unless the supporting charging infrastructure is in place – both in terms of the number of chargers, their locations, and the different connection points available.

The current lack of infrastructure feeds into range anxiety as consumers worry about longer motorway trips, the ability to charge and how long charging will take, with many who already own EVs predominantly using domestic chargers. The problem with this is that domestic chargers do not consider those who live in flats or do not have driveways to easily charge at home. Currently, the Society of Motor Manufacturers and Traders estimates that 507 new chargers need to be installed daily until 2035 to keep pace with demand7https://inews.co.uk/news/electric-cars-broken-chargers-risk-leaving-ev-drivers-stranded-faulty-1472310?ico=in-line_link.

Clearly it is easy to note where the UK is failing and hindering wide-scale EV adoption, but it is more constructive to suggest how we can improve. There are lessons to be learnt from other countries such as the Netherlands and Norway which both have innovative schemes in place to encourage EV usage.

Let’s take the Netherlands as our first case study: what is the Dutch government doing to change vehicle ownership?

Financial incentives alone are not enough. The Dutch government is also ensuring the infrastructure is in place to support an increase in EV ownership. The country has the highest number of public charging points in Europe per square kilometre and 25% of EU countries charging infrastructure can be found in the Netherlands. Charging infrastructure is planned to ensure that ratios are maintained to keep queues to a minimum with a charging point for every two EVs in the country available currently. Infrastructure is planned to ensure adequate provision of both slow and fast chargers by committing slow chargers to residential areas and fast charging to service stations9https://autovista24.autovistagroup.com/news/the-netherlands-where-charging-stations-grow-like-tulips/#:~:text=BEVs%20per%20charging%20point%20in%20the%20Netherlands&text=However%2C%20the%20current%20ratio%20of,leader%20in%20electrification%2C%20currently%20has. Additionally, many municipalities such as Amsterdam and Rotterdam offer free public charging points on request if it is not feasible to have charging points at home or at work10https://theicct.org/small-but-mighty-the-netherlands-leading-role-in-electric-vehicle-adoption/.

These incentives have led to a quarter of new vehicle registrations being electric or plug-in hybrid in 202011https://theicct.org/small-but-mighty-the-netherlands-leading-role-in-electric-vehicle-adoption/.

In 2021, approximately 65% of new cars sold in Norway were electric12https://time.com/6133180/norway-electric-vehicles/. The Norwegian government, like the Dutch government, has employed a range of policy initiatives to support the switch.

How is the Norwegian government encouraging the sale of EVs?

Cars in Norway are imported. The Norwegian government waived import tax on EVs in 1990, waived road tax in 1996 and removed VAT in 2021. Additionally, there is a heavy tax burden on fossil fuel cars of 25% VAT. These policies combined often make the upfront cost of an EV more affordable than other vehicles in Norway without the government even needing to offer purchasing subsidies13How Norway said goodbye to petrol and is charging ahead on electric cars | News | The Sunday Times (thetimes.co.uk).

In Oslo, parking EVs is free of charge and access to bus lanes was introduced in 200514How Norway said goodbye to petrol and is charging ahead on electric cars | News | The Sunday Times (thetimes.co.uk).

The government has committed to a minimum of one fast charging station every 50km on major highways to reduce range anxiety and ensure that drivers don’t have to wait a long time to charge up on longer journeys. To support this, subsidies are given to providers to accelerate installations. This has proven successful so far; to put into perspective, Norway’s population is only 1% of the overall EU population but the country’s public charging points are equal in number to almost 8% of the EU’s public chargers.

Legislation regarding EVs and the taxi industry

Norway has committed to ensuring all taxis are electric by 2023. Oslo has become the city to lead the way in this goal with the authorities implementing wireless charging stations to reduce the time taken to charge which has been a major stumbling block for taxi drivers needing to get to their next job16Oslo to become first city to charge electric taxis over the air | Reuters.

If a country like Norway that has winter weather that can reduce range by up to 40%, can grow the number of EVs on the road, then there is certainly scope for the UK to improve.

What is happening in the UK?

The UK government has set a target of increasing charging points tenfold to over 300,000 by the end of 2030 and £1.6 billion of investment into infrastructure. If the UK can learn from countries like the Netherlands and Norway, implementing both the infrastructure required and financial incentives, consumers are likely to consider EVs more seriously.

The higher concentration of EVs in London and the surrounding areas is evidence of how similar programmes to the Netherlands and Norway could work in the UK. Here, we can already see financial incentives and disincentives that are encouraging EV adoption such as the burden of the congestion charge and ULEZ for petrol/diesel drivers and London boroughs that offer free parking when charging an EV such as Westminster or heavily discounted parking permits such as Hounslow and Islington17https://www.theecoexperts.co.uk/electric-vehicles/free-parking.

Many green-thinking drivers and taxi/private hire companies are already committing to incorporating EVs into their fleets. We have talked about the challenges of infrastructure in this article – this is a challenge for taxi companies as well. How do businesses consider charging points, time to charge and range as part of efficient automated allocation? Sherlock Taxi offers electric vehicle support as part of our configurable auto-allocator. For more information, read about our electric vehicle support here or get in touch: demo@sherlocktaxi.com or call 020 3214 5110. 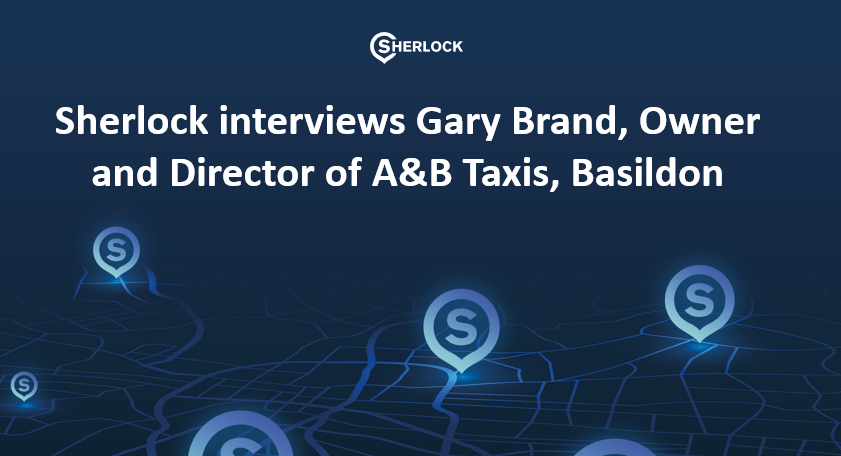 Find out why customers are choosing Sherlock in our interview with Gary Brand of A&B Taxis Basildon. 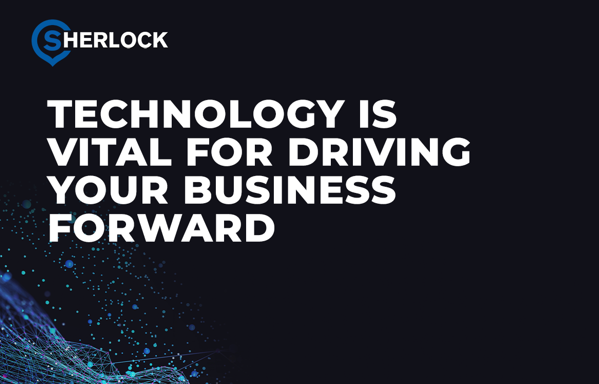 In challenging times, what can your dispatch do for you? 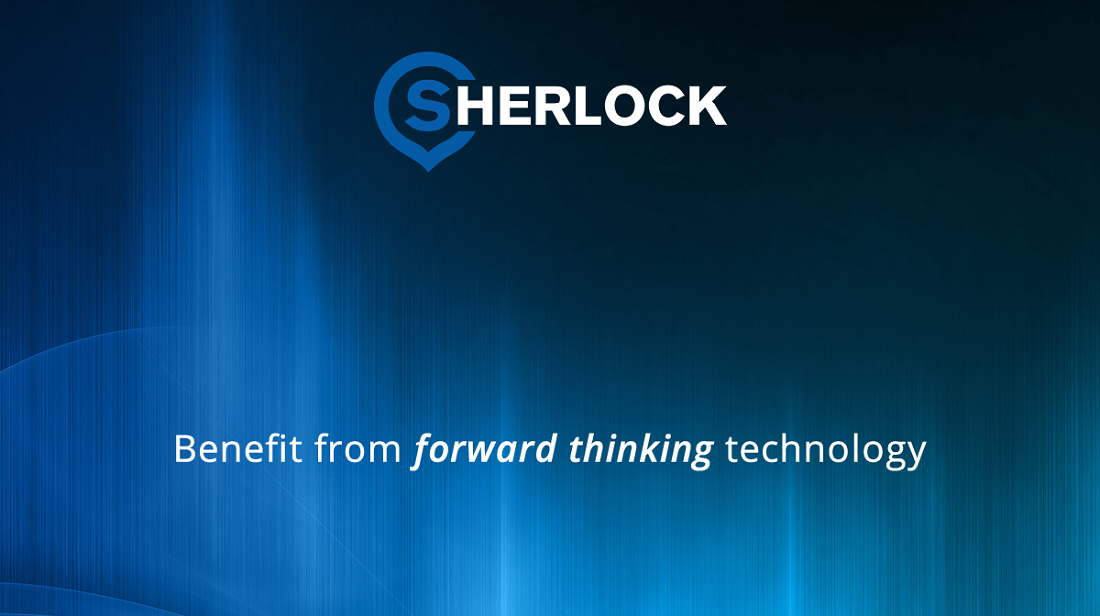