GROWN FROM 15 TO OVER 200 DRIVERS SINCE USING SHERLOCK TAXI

increase in the number
of completed trips thanks
to auto-allocation

Travel Electric was founded in 2012 in Amsterdam, the Netherlands, as a social enterprise focused on promoting sustainable taxi services through limiting their carbon footprint.

The business runs on green energy and operates an entirely electric fleet, having launched with 15 Nissan Leafs and since purchased Teslas including Model 3, S and X. The business is rooted in the heart of the community and actively recruits drivers over the age of 50 offering premium mobility services to businesses and hotels. 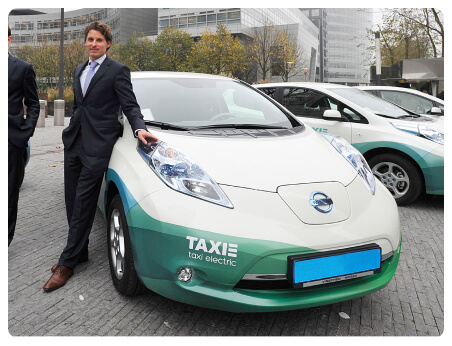 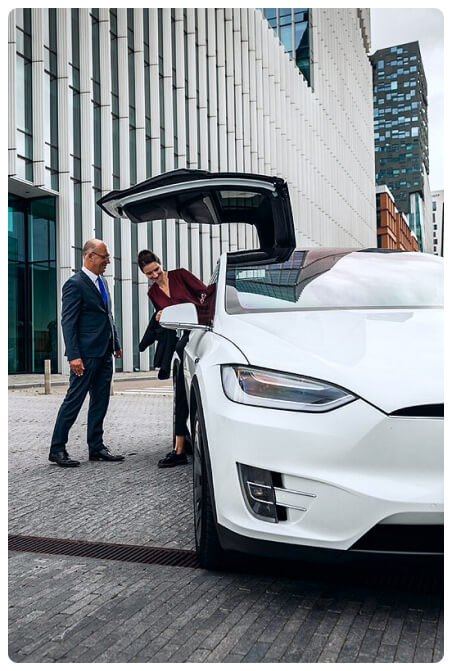 In 2016 the business owners began researching different dispatch and operating systems as their incumbent supplier was failing to meet their needs which made it difficult for Travel Electric to grow, resulting in fleet and driver numbers plateauing.

The choice was narrowed down to three vendors including Haulmont’s Sherlock Taxi, who were asked to submit a written tender document. As part of the tender selection process Travel Electric’s senior management team visited Sherlock at their office in London and a flagship Haulmont client, Addison Lee. Sherlock Taxi is developed by Haulmont Technology, the developers of Addison Lee’s proprietary software which was the foundation of their rapid growth to 5000 vehicles with 37,000 jobs per day.

Travel Electric selected Sherlock as this visit demonstrated that it is the most advanced taxi dispatch system on the market; the management team saw Sherlock’s sophisticated auto-allocator in a real-world environment, distributing thousands of jobs with 98% automated allocation. This was a deciding factor in choosing Sherlock as the business wanted to benefit from the variable allocation options available. It was important to Travel Electric’s management that their decision was not based purely on price but rather the overall value that each software system would offer to them as a business and how forward-thinking the vendor would be.

Travel Electric were confident that Sherlock could deliver in terms of reliability as the sister solution is used by London’s largest minicab company (Addison Lee). A key pre-requisite for the new system was flexibility.

The solution needed to be flexible and customisable. Travel Electric commissioned customisations to Sherlock to tailor their system to niche business requirements. The business requested a customisation to the pricing module in Sherlock as specific meter pricing is required for some journeys according to Dutch law.

Additionally, the business requested development to pre-books and ASAP bookings and their allocation. Travel Electric work with a network of partner fleets who they distribute work to during peak times. The business required development to ensure that their own drivers would be given priority for pre-bookings. This would be good for both driver motivation and the wider business as many pre-bookings are account jobs, so it is useful for the business to be able to ensure that these jobs are automatically allocated to the best drivers – with many other systems, Travel Electric would have to manually allocate jobs to ensure this prioritisation would happen.

Travel Electric’s fleet has grown from 15 drivers in 2012 to over 200 drivers today. The number of bookings completed each month has increased by over 20% through the increased efficiencies that auto-allocation brings.

The business has been able to benefit from a solution that is not “one size fits all.” The project team at Travel Electric work in partnership with their Project Manager at Sherlock to optimise the system and add new customisations as the need arises.

In 2020 the fleet is set to benefit from Sherlock’s new electric vehicle allocation which has the capacity to only allocate bookings to drivers with sufficient range, alert drivers if the vehicle needs charging soon and geographical information such as local charging points – this information can then be taken into consideration by the allocator to ensure that jobs are distributed appropriately. 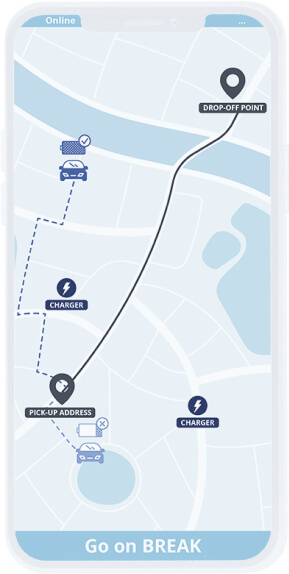