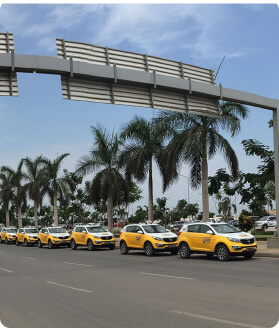 AlloTaxi provides an innovative taxi service throughout Lebanon and Angola.

It was founded in 1999 by CEO Raja Kurban, with the intention of providing a pioneering go-to source for all ground transportation in Lebanon. Due to a high-quality of service, AlloTaxi continues to successfully create and sustain a loyal customer base.

The company initially started with just 10 vehicles in Beirut, Lebanon; a densely competitive market, with the determination to provide an elite customer service experience. AlloTaxi Beirut has over 300 vehicles. In January 2015, AlloTaxi expanded and launched in Luanda, Angola with a further 32 vehicles which has since grown to 85 cars in 2017.

Raja Kurban, also the Lebanon Managing Director Representative for car hire company AVIS, saw an opportunity in the market for a high standard of taxi and vehicle transportation services.

As a regular visitor to Paris, Kurban noticed the growth, success, and reputation of LeCab. He approached LeCab to find their technology was fundamental. He made contact with Haulmont Technology, creators of Sherlock Taxi immediately.

From launching in 1999 until 2014, AlloTaxi used an off-the-shelf system that was only able to take the company so far on its journey. The incumbent system was not meeting the requirements of the company at the time as they needed bespoke development to make the software fit the business, not vice versa. 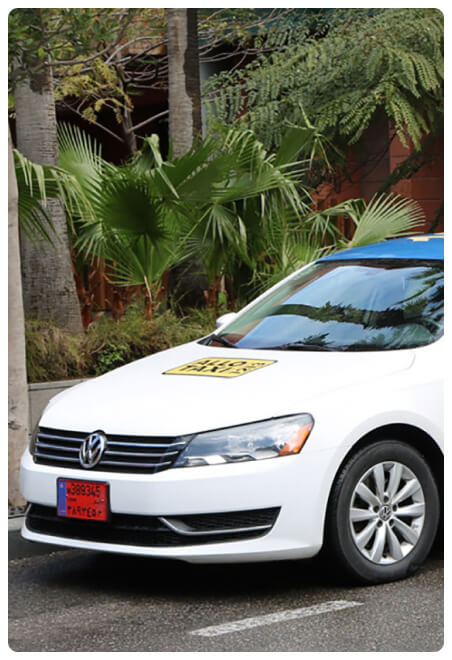 Using the extensive knowledge and experience of the Sherlock Taxi team members and AlloTaxi’s expertise of the local area, a growth support plan was agreed between both teams for the bespoke work needed to overcome the roadblocks that AlloTaxi were experiencing.

At the time, the control team was manually translating and allocating jobs due to dual languages (English and Arabic) being spoken in the city. This needed to be an automated function. Different elements of Sherlock Taxi were customised to work in both languages and provide the ability for users to immediately flick between both languages. A great example is the Driver App which allows the driver to flick between an Arabic (Right to Left) interface and an English (Left to Right) interface. To assist the control team even further, a white-labelled web booker and both iOS and Android customer booking apps were branded with AlloTaxi logos, language and brand colours. Through bespoke development, the web booker and app can be used in both English and Arabic, simplifying the user experience. 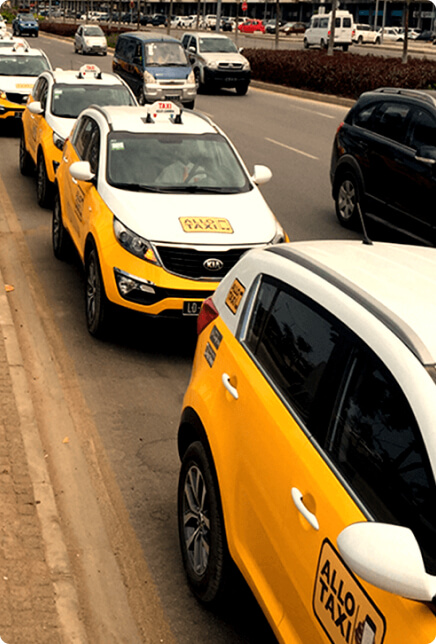 With every BYOD and transportation workplace, there is a concern for fraud and security. AlloTaxi was no different; the drivers bought their own Android device and to protect the drivers, customers, and equipment, GPS devices were installed into each and every car to be tracked through the Sherlock Taxi system. Unfortunately, the Beirut area suffers from a poor internet connection, so by using best practices from previous experience, the Sherlock Taxi team arranged dual internet providers to create reliability. If one provider was down, the internet connection would swap over to the other provider (automatic failover) providing stability and zero communication downtime.

Another pressing issue was the lack of listed addresses in the area. The controllers were conducting a ‘fuzzy search’ which told the driver the customer's location through use of landmarks. Due to the lack of the address database in Beirut, the team gathered address data from a number of sources and also changed the configuration of the standard booking process to enable controllers to make a digital record of a new address for future use.

Due to Sherlock Taxi’s open API and ability to partner with forward-thinking technologies, AlloTaxi integrated with Taxi Butler; a simple taxi booking device for restaurants & bars, hotels, and company receptions. With one click from the customer, the integrated system speaks straight into Sherlock Taxi’s auto allocation module to assign a near-by available taxi – with no interaction needed until the customer meets the driver.

“The bespoke development and Sherlock Taxi system were activated in a short time frame to reduce interruption. The team trained over 150 drivers to ensure maximum positive uptake and within six months AlloTaxi was so confident in Sherlock Taxi that it launched a new fleet of 32 vehicles into Luanda, Angola with a future vision to expand again into other cities. The first six months saw a 35% growth in fleet size for Beirut covering the whole Lebanese territory and supported the decision to expand into Luanda.”.

From the increased visibility of the fleet via the GPS function, results showed an increasing trend within the fleet. While the driver's statuses were showing as ‘on a break’, the vehicle was still moving around the city. From this new data, seat sensors were installed to track if anyone was in passenger seats while the car was moving around ‘on a break’ i.e. to confirm if the driver was taking extra personal cash jobs whilst on his/her shift.

The company has had zero downtime in communications due to an efficient dual internet connection and combined with other aspects of the Sherlock Taxi Solution, productivity has increased by 35%. Due to automated processes and third-party integrations, AlloTaxi has seen Sherlock Taxi support them in a further 50% growth throughout two years.

“AlloTaxi works closely with the Sherlock team to develop bespoke requirements and integrations on a regular basis; this flexibility is what helps support my business expansion into other markets”.

Today, its call centre is operational around the clock, receives over 1,500 calls a day, and achieves around 2,000 commands per day and moves up to 6,000 people. It partners with Kurban tours, AVIS and Budget cars.