INCREASing DRIVER EARNINGS BY 30% ON AVERAGE THROUGH EFFICIENT ALLOCATION

Gary Brand bought A&B Taxis in 1998. At the time, the company had 50 cars and the control room was still being managed using pen and paper.

Gary and his then business partner had a vision to adopt cutting-edge technology to grow the business, improving performance and profitability over time. Since 1998, Gary and his team have acquired competitors and grown the fleet to 180 vehicles.

Having tried various systems over the years, A&B had used the incumbent supplier for many years prior to adopting Sherlock. Gary had been aware of Sherlock for some time and was impressed with the system’s dispatch technology and sophisticated algorithms in place. He had visited Addison Lee’s head offices and seen the dispatch algorithms of their bespoke system (which Sherlock is modelled on). As a result of that visit, Gary firmly believed that there is no other system on the market offering the same advanced levels of configuration when it comes to dispatch and therefore with the ability to really maximise efficiency through automation levels.

After this visit the country was plunged into lockdown as a result of Covid. Gary firmly believed that once the country re-opened, there would be a shortage of drivers as many left the profession for work elsewhere. 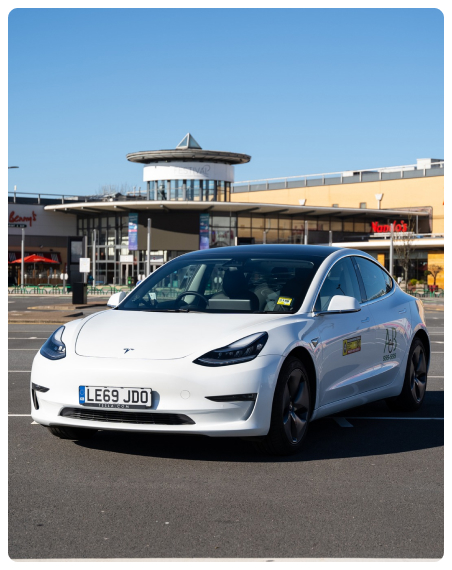 He believed that the pent-up demand from being restricted for so long, coupled with driver shortages meant that A&B Taxis needed Sherlock to capitalise on the market.

In addition, Gary had been searching for a specific dispatch feature which he calls ‘supermarket logic’. This logic is applicable to any location which is busy with many passengers needing picking up at the same time, for example, at supermarkets, train stations or event venues. How can these passengers be picked up in the correct order to avoid unhappy customers waiting longer than other customers that called for a cab after them?

Previously, Gary had asked many dispatch providers about a way of allocating work to ensure passengers in one location would be picked up in the correct order, but no company had been able to provide a solution. Following conversations and scoping with Sherlock’s tech team, this feature was developed and implemented for A&B, with Gary commenting,

“I’ve wanted the supermarket logic feature for 24 years and every provider has told me that what I wanted wouldn’t be possible, but Sherlock have developed it, implemented it and it works exactly how I want it to. I think it is one of the single biggest changes in dispatch logic for the past 20 years.”

Implementing a new dispatch system is clearly a big task for any operator but Gary was happy to see that Sherlock’s team were there every step of the way, from scoping and configuration prior to go-live, user acceptance testing, going live and beyond. Post go-live, Gary and A&B continued to have direct access to Sherlock’s technical teams to iterate and tweak the system on the fly to meet the business’ needs. 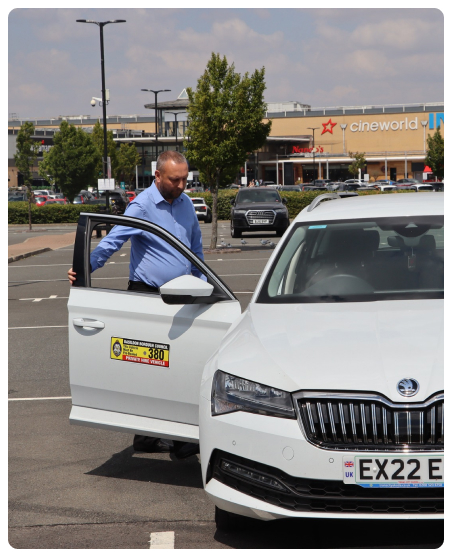 He had seen the principle in action with Addison Lee’s custom system and knew that it would give his business the competitive advantage needed.

Since switching to Sherlock, A&B has not been disappointed! On average, drivers have seen a 30% increase in earnings as they are able to complete more jobs per hour than before. Within the first couple of weeks of using Sherlock, Gary had drivers coming into the office to say, “I like this new system, it just keeps giving me more and more work.”

The business has seen other benefits of automation. For example, many of A&B’s account clients are now using the Account Management Portal to manage their accounts including making and amending bookings, reviewing spend and downloading invoices.

This frees up admin time that office staff had been spending on these activities – giving them more time to focus on other revenue generating activity for the company.

The business has also seen a much better customer experience – for the first time, passengers are getting the same ETA regardless of which booking channel they use, which means they have the confidence to use alternative channels such as the app or web portal, rather than picking up the phone. In fact, A&B used to receive a handful of bookings via the web portal per week, and within weeks of launching Sherlock, they were receiving 150 per week without even marketing it!

Gary has noted that the efficiency savings the business has realised through using Sherlock means that the business is less impacted by driver shortages than other competitors and they can reap the benefits of good technology to continue growing and prospering. This means the business is in an excellent position to retain and grow its customer base without needing to rely on consolidation or networks.

“With Covid, I knew it was the right time to implement Sherlock to maximise efficiency and help combat the driver shortage. I am now glad I acted and switched systems as it has put us in a much better position and we are reaping the benefits of switching, focusing on our local market, and not losing our customers through consolidation.”

WATCH THE INTERVIEW WITH GARY TO FIND OUT MORE